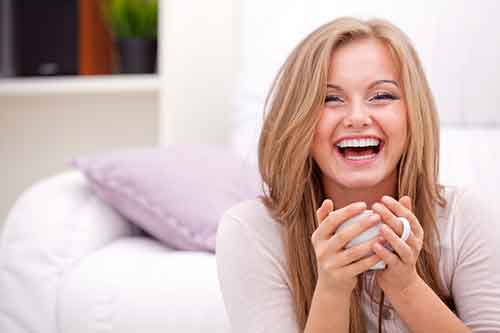 5-HTP is short for 5-hydroxytryptophan. If you recognize the ‘tryptophan’ part of that then you will know that 5-HTP has something to do with the specific neurotransmitter associated with serotonin.

In fact, 5-HTP is a precursor to Serotinin, and more effective than tryptophan alone which can be intercepted and utilized for other processes such as protein construction.

Serotonin plays a key role as a natural anti-depressant and stimulates happiness. As you will also discover, it can be very effective for those hoping to lose weight because it appears to increase the satiety from food. Taken with food it simply helps the user to feel satisfied earlier than would otherwise be the case.

In the body, the journey actually starts with tryptophan, which is converted to 5-HTP via the actions if a specific enzyme. 5-HTP can cross the blood-brain barrier with ease, and does so before being converted by another enzyme into serotonin.

Within the endogenous cycle, tryptophan is eventually converted to serotonin after some of it becomes converted to 5-HTP. However, due to tryptophan’s employment in protein-building, its conversion to 5-HTP is a rate limiting step that can be circumvented with direct supplementation of 5-HTP.

5-hydroxytryptophan can cross the blood-brain barrier easily, and will not get diverted to perform other functions, therefore allowing it to freely increase serotonin levels in the brain. It is so reliable at this that lab scientists use it as the control in comparison tests with other drugs claiming to increase serotonin and neurotransmitter levels.

Supplementation of 5-HTP has been used successfully as an alternative treatment for depression. It is imperative that the user does NOT use other medication (spec. SSRI – Selective Serotonin Re-uptake Inhibitors) as this can have very negative effects.

For people not experiencing depression there are certainly other benefits to supplementing with this compound. The mood elevation factor will however still be present. 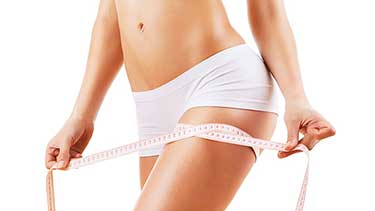 Studies with overweight female subjects who neither have an eating disorder nor depression supports the use of 5-HTP for increased satiety and eventual weight loss.

Rondanelli et al – Relationship between the absorption of 5-hydroxytryptophan from an integrated diet, by means of Griffonia simplicifolia extract, and the effect on satiety in overweight females after oral spray administration.

A couple of studies even support selective carbohydrate reduction

Lower levels of tryptophan in certain people have been associated with depression. This can be caused by an insufficient amount in the person’s diet. It can also be an imbalance of enzymes, i.e. too much activity from those which divert tryptophan to other processes unrelated to serotonin synthesis.

As already mentioned, supplemental 5-HTP doesn’t get hindered by the rate limiting step of endogenous conversion of tryptophan to 5-HTP to serotonin. It is therefore undergoing further study to be used as a more natural anti-depression aid. And there’s a bonus; the happiness factor can also help with dieting and weight loss, especially given that we are particularly susceptible to junk food cravings when we’re feeling blue.

According to some sources, 5-HTP can help with insomnia or at least decrease the amount of time it takes to fall asleep. Given that tryptophan is also a mediator in the melatonin pathway, this isn’t very shocking. However, you should be aware that this doesn’t mean 5-HTP has a sedative effect per se, rather that it improves the sleep-wake cycle to the advantage of the user.

The last topic we’ll cover briefly is that of stress. Serotonin is mood enhancing so it stands to reason that it should ease the symptoms of stress both physiologically and mentally. Limited amounts of research have concentrated on this specifically but they seem to support the idea that it not only alleviates depression but also episodes of more acute stress such as relationship break-ups etc.

Dosage, Safety and Side Effects

A normal daily dose of 5-HTP can be as high 300mg, and at that level there should be no notable side effects. Taking it alongside other medication, especially anti-depressants (MAOIs and SSRIs) is still not advised.

Further research must be conducted as to what levels and combinations can be tolerated outside those already studied.

Other Ingredients to Read About

Take a look at some of the other ingredient profiles on this site: