It’s becoming more and more the norm for a doctor to prescribe advice before scrawling their name below some concoction of drugs that the health system is beta-testing. Currently, a very common application for this kind of general practitioner approach is the issue of weight and fat loss.

Obesity can lead to a bunch of problems that end up being the reason someone might turn up to the doctor for an appointment. Bad knees, skin problems, heart problems, diabetes, depression…I mean, you name it, and being overweight can be a really strong contributor to a less than optimal existence.

One of the problems we have as a society is that we tend to treat the symptoms rather than the cause, especially in the case of sensitive issues like obesity. Everyone has the right to consult a doctor about their knees being shot, of course, but for far too many people, that is where the problem gets treated, without the cause being addressed.

There’s been somewhat of a shift in recent years amongst the medical community; doctors don’t baby us anymore, and it’s a good thing because whether we like what we hear or not, we’re going to get down to the root of the problem quicker. And this could literally lead to a better, longer, fuller life for many people.

If a person is in lots of pain because they are too large for their knees to cope with the weight (sticking with that example) then something should be done to fix the original problem. However, before a really big person can start hammering out the circuits in the gym, they’ve really got to bring their weight down. Some exercise is going to be mandatory, but the high intensity stuff might just cause injury at that stage.

The following dietary adaptation can actually be applied by anyone who is struggling to shift some extra pounds of fat. In fact, it’s just a better way of treating your metabolism, period. Doctors might give this advice to obese people to help control their weight reduction, without leaving them completely washed-out and hungry all the time.

Most people exhibit a pattern to the way they eat:

…and they rinse and repeat, every day.

What modern science and common sense have collectively proven is that the above pattern is the best way to put on weight, possibly develop metabolic diseases, and generally get it all wrong.

The pattern that is far more likely to trigger much better and sustainable results is to flip the previously described routine on it’s head.

Why Does This Work?

There are many reasons breakfast-skipping is a recipe for weight gain and ill health, but the easiest problem to understand is this: in a day where you forego breakfast in favour of rushing out the door, you’re extending the time you have gone without valuable nutritional fuel.

Remember that you’ve already gone all night without eating, so your body is already crying out for something to work with. When it doesn’t get it, the body doesn’t ramp up your metabolism and will keep you in a kind of dormant mode. In this mode, you might think you’re actually burning fat because of your awesome ‘eat nothing’ diet plan, but the truth is your body is more likely holding on to fat because you appear to be trying to starve it.

This turns into ravenous, eat-anything, hunger which is really bad because it usually means eating more junky foods, and also the body stores all the fat for the periods of starvation.

Eating a more nutritional breakfast ignites your metabolism and keeps you more even and energized throughout the day. What’s more is you have the TIME throughout the day to use up the fat and carbs. Likewise, eating a moderate lunch and a smaller dinner will mean you are not going to bed full of energizing food and slowing your metabolism with sleep, which stores the fat and puts on weight.

Now, the biggest point of protest comes from the skinny coffee guzzling crowd who say they never eat breakfast but gorge all day and are thin as a rake. The smokers are even worse (but don’t get me started on that!). You may have met these people, but trust me, they are either anomalies, genetically blessed, or something else that this article is not going to get into.

Suffice it to say that the majority of us will experience a similar pattern if we reverse the norm and go the big breakfast – small dinner route.

This does NOT mean however that you should immediately begin eating huge fry-ups or donuts in the morning from here on in. That is NOT the point at all. Many people eat a piece of toast for breakfast and decide they are covered, but the truth is they haven’t even scratched the surface of their nutritional requirements in the morning by doing this.

WHAT you eat is as important as WHEN you eat, but the two combined are absolutely the way forward.

What To Eat for Breakfast

There are books written on this subject, and I’m sure you could invent as many recipes for a good breakfast as there are dinners in a french chef’s head. The less confusing and more important basis to go from is the macro-nutrient perspective.

Your body is in need of some specific nutrients and some general fuel when it wakes up from sleep: proteins, healthy fats, carbohydrates, anti-oxidants, fibre should all be in the first meal of the day.

Nuts, seeds and nut butters are great to get protein and fats, fruit will give you the fibre, anti-oxidants, certain vitamins, fibre and carbs for energy. Milk or almond milk will boost the protein content.

It’s quick and easy to make something with eggs, but if you’re just not that hungry for a large meal first thing in the morning then try blending your breakfast (not eggs, unless you’re Rocky Balboa) and taking a smoothie with you, or having it before you leave.

There are so many combinations of smoothies it’s mind-boggling. And if you’re thinking you need an amazing super expensive blender then think again. The 1-cup style inverted blender I use to make quick smoothies costs less than $40 (£25) from Walmart. It’s not going to blend a brick wall like Vitamix or Blendtec machines but it’s good for 80% of my needs, and more than enough for a rapid-fire smoothie in my morning daze. 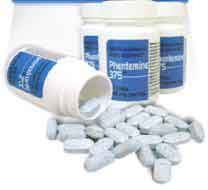 It’s true what they say: Breakfast IS the most important meal of the day.

Starting your working day, or day off, with the right food to kickstart your biological motor is key to long-term weight management success, sustained energy and improved mood.

Supplements like fat-burners and diet pills are an additional bonus you can take advantage of to keep your metabolism thrumming away all day. Follow the link below to read about those supplements we hold in highest regard.