There are two main types of fat in the human body – white and brown. Brown Fat, otherwise known as Brown Adipose Tissue (BAT) is a particularly good fat. Unfortunately, you only have a maximum of a few ounces of it. We’ll get to brown fat in a bit.

The other type – White Fat – can be split into several categories, because not all white fat acts in the same way, has the same health impacts, or is located in the same place. White fat is however the type we are all trying to lose, but while many of us exercise, diet and otherwise think we know how to get rid of the stuff – do we really know the important facts about it?

As aesthetically displeasing as fat is to some of us, everyone has it, even the people who look like they are comprised of muscle and bone and nothing else. Too much fat is dangerous, but so is too little.

There’s been a lot of talk about brown fat recently; that’s because it’s only now starting to be understood more thoroughly among the scientific community. In fact, the study of brown fat has already turned some long-held beliefs on their head.

To begin with, it has been discovered that brown fat actually originates from the same stem cells as muscle, and actually shares much more in common with this type of tissue than previously imagined. The brown colour comes from iron present within the high concentration of mitochondria that brown fat cells contain.

Mitochondria use fuels to produce energy, and in the case of brown fat, one of those fuels is white fat. In adult humans, there is still some brown adipose tissue located in the upper chest and neck area, and it has been found to burn calories in white fat cells to create energy.

The only downside is that we have but a few ounces of brown fat in our bodies compared to the tens of pounds of white fat. Researchers are now looking into ways of stimulating the growth of brown fat cells as a means for weight loss. Currently the studies are using rodents, but the idea that this is possible raises a lot of interest.

Leaner people tend to have more brown fat tissue than overweight people. When someone says their metabolism is high and they don’t seem to put weight on – you know, the people a lot of others detest – it may be that they have more BAT than the average bear.

In the case of brown fat, it definitely appears that more is better. 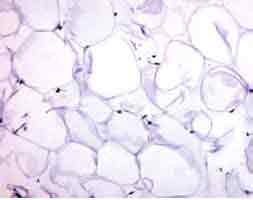 You will have probably heard any number of terms relating to white fat, including:

The list could probably go on, but it is important to realize that all white fat is of the same origin. In terms of our health, white fat cells are important because they release hormones like adiponectin, which increases insulin sensitivity.

Insulin sensitivity is a good thing, it helps partition nutrients faster and better and keeps us less prone to developing diabetes. The problem is that when we store too much fat, adiponectin release slows down or stops completely. Insulin sensitivity drops and instead of us breaking down glucose and sending glycogen to our muscles, we wil start storing it in more and more fat cells instead.

So, too much white fat is bad, but those that get down to the 2% body fat mark are also risking their health. Most of us don’t really have to worry about the low single figure percentages though.

This is the fat directly beneath the skin; the soft type you you can pinch between your fingers, which is actually the crudest way to determine your body fat percentage, though professionals will usually use an accurate instrument to do this at different sites on the body.

Belly fat is subcutaneous fat, just like buttock and thigh fat, but belly fat is less healthy than the other two. In fact, thigh and buttock fat may be of potential benefit. Women tend to be more prone to storing their fat in these areas and as a result, they are less likely to develop the same diseases as those with a higher percentage around their belly area.

Love Handles are another that can become both subcutaneous and visceral, though the deeper visceral type would not be as dangerous to our long term health as belly fat as that layers over the heart.

The fat that accumulates around our organs – the deep fat – is known as visceral fat. It is this sort that poses the most risk to our health. As well as being subcutaneous, belly fat is visceral. Anyone with a large belly has a large amount of both of these types of fat and the chances of developing diabetes, heart disease, having a heart attack or stroke get proportionately bigger.

There are even studies suggesting that visceral fat may be responsible for releasing a hormone that can harm the brain and lead to dementia.

It is not easy to measure our exact volume of visceral fat, but suffice it to say that an outward appearance of obesity is certainly a red flag, indicating something has gotten out of hand deeper inside.

Women are more likely to store their fat around their thighs and buttocks. Men are more prone to belly fat, which could be one of the major reasons why fellas tend to clock out earlier than their female counterparts.

The buttock and upper leg fat might actually protect ladies from certain metabolic diseases. After menopause, however, women may start to store more fat over the abdominal area [source]. 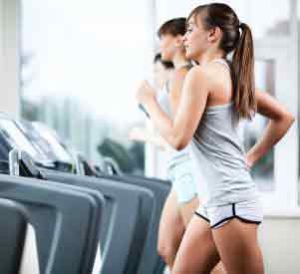 There’s a common misconception that you can target specific areas of fat to burn and therefore reduce. People hammer away at the sit-ups and crunches thinking that this will speed the reduction of abdominal fat. Unfortunately, white fat is generally lost at an even distribution over the whole body.

That doesn’t mean don’t do those sit-ups. What it means is concentrate on whole body fitness. also incorporate cardio training and you will eventually lose enough for those muscles to show through. Consistency is the key to maintaining a good physique. That said, there is evidence to suggest that the visceral belly fat could be shed at a slightly faster rate than elsewhere, if you hold to an exercise program and good nutrition plan. Your body, after all, wants what is best for it, and it will help you if you make the effort.

The most promising ingredient for activating, or even stimulating the growth of, Brown Adipose Tissue is Capsicum (or Capsaicin).

The hot pepper is being researched for its ability to increase the mass of white fat burned by the heroic brown fat tissues described in this article.

Capsimax – the patented highly potent form of capsicum/capsaicin – is found in abundance in one of our most highly rated products; PhenQ.

Follow the link below to read more about PhenQ.