“It’s following the trend but lagging behind a bit.”

Click here to view the top fat-burners we recommend

Formerly marketed as under the Maximuscle brand name, MaxiNutrition Thermobol is a dietary supplement produced in the UK by the global healthcare company GlaxoSmithKline (GSK).

Thermobol has been formulated to support the dietary requirements of people who train regularly, either for sporting or health and fitness reasons (including bodybuilding).

What Is Thermobol And How Does It Work?

MaxiNutrition recommends Thermobol for people who are hoping to get a leaner definition. It is produced in tablet form and contains a blend of natural ingredients, some of which are stimulants chosen for their ability to energize the body, help the user put a little more into their training sessions, and obtain improved results.

The blend also contains several B vitamins that should provide a further boost to the metabolism and help the body utilize calories more efficiently.

Tablets should always be taken with water and the recommended dose is three tablets per day. The first tablet should be taken before breakfast, the second before lunch, and the last tablet of the day should be taken in the mid-afternoon.

Thermobol has been featured in a number of magazines and newspapers. It has also been endorsed by several athletes, including the boxer, Amir Khan. It has received numerous customer reviews as well, many of which are very good.

“I am really impressed with this product. Definitely recommend it if you looking for lean muscles and energy.”
“Does what it says on the box. Gives a lot of energy for the workout, you’re not as hungry as usual and yes it’s got a lot of coffein so you’re wide awake in the morning like if you had two coffees. I think it could have a bit less coffein as I’m affected by current amount quite a lot, but overal I like the pills as they give me a proper boost of energy.”

But not every customer is so easy to impress:

Caffeine-related side effects, including jitters and nausea, may be experienced by a small percentage of users. Bitter orange is also known to present the possibility of side effects, but none of the other ingredients have been linked to negative issues.

Pregnant or nursing mothers should never use any form of supplement unless its use has been approved by their doctor. The same advice is offered to people with and existing health issues or doubts about product suitability.

The Thermobol blend contains several promising ingredients that should work together well, so the tablets will more than likely prove to be useful both as a pre-training aid and as a weight loss provider.

Customer feedback, however, indicates the blend may work better for some users than others. It certainly doesn’t appear to one of the top pre-training formulations on the market, but nor is it one of the worst. The same can be said about its abilities as a weight loss formulation.

Thermobol appears to somewhat of a middle of the range product that may be worth a try, but you can find something more impressive without too much difficulty. 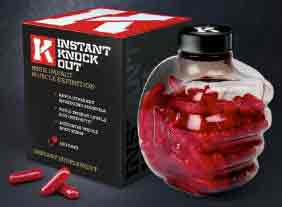 We research and review many fat-burning products available. In our opinion, there is a select few which we can recommend as the best. Follow the link below to read more about them.