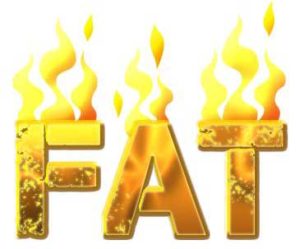 Expert scientists in Germany have reportedly developed a drug which can ‘set their fat on fire’ according to them. As painful as that sounds, it is thankfully a metaphorical description, based on the evidence so far that the medication could burn many more calories of white fat than is possible by mere diet and exercise alone.

Obesity has become a globally widespread health problem, causing knock-on medical problems such as heart disease, diabetes and much more. Research has been picking up in order to find potential drug based solutions. The particular subject of interest in this case is Brown Fat, or Brown Adipose Tissue.

The drug which has been developed in Germany works with by releasing an enzyme called soluble guanylate cyclase (sGC), which can increase the formation of Brown Fat from food, and decrease the amount of unhealthy white fat it might be converted to. Considering Brown Fat can also burn white fat, the effect is essentially compounded.

What is Brown Fat/Brown Adipose Tissue?

Brown Adipose Tissue (BAT) is a type of fat which originates from the same stem cells as muscle tissue. Fat is almost an unfair term for it because it gives a skewed image of what it is. Brown fat is in fact a very good thing for us, and the more of it we can grow – or activate – the better.

Adults don’t have a lot of brown fat; only a few ounces in our whole body, mostly centred around the spine, shoulders and neck area. Compared to the pounds of white fat we have, it’s not a lot at all, but it does a lot for us. It did even more for us when we were babies, as the amount of brown fat in a baby is not much less than the amount in an adult, meaning proportionally the baby has much more.

Click to read our article: Brown Fat and White Fat – What You Need To Know

A baby cannot shiver, which is a warming mechanism in adults for when they are too cold. The brown fat in babies acts as the heater, and uses white fat as the fuel to burn. The need for this goes when we develop the shiver response so the growth of brown fat is stunted, hence why adults don’t have much at all. In terms of evolution, there isn’t much need either – after all, we are only supposed to eat as much as we need. Gluttony and obesity was not factored in to the evolutionary machine, especially the brown fat equation.

Adults with above average BAT are generally slimmer than those with average, and even more so than those with below average. The science and the empirical evidence support the fact that Brown Fat burns White Fat.

Grow, or activate, more brown fat and it could be the answer to the very real problem of obesity.

So, Where Can I Get Some?

This drug sounds so promising that many people would order vats of the stuff the very second it became available. Unfortunately, there’s a while to go and a few obstacles before that becomes a reality, if at all.

The turn around time even after the safety tests on humans can stretch out for a long time, and they haven’t been started yet.

Is There Anything Else I Can Do? 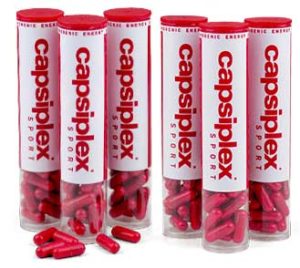 Other research has indicated that certain ingredients which are more readily available can activate Brown Adipose Tissue and increase the burning of unwanted white fat.

Capsaicin, or Capsicum – which is essentially the bioactive extract of hot peppers is one of the leading contenders in this category. The heat from the peppers would make it rather uncomfortable if you were to try and consume enough to have some real fat-burning effect.

That’s why supplement manufacturers extract the Capsaicin and pack it into the mini easy-to-swallow capsules. The capsule then travels to the intestine where it unleashes its power. These supplements are usually affordable and don’t have any side effects (if they are of good quality).

Capsiplex Sport is a good example of a quality capsaicin based product. Follow the link below for the full review.