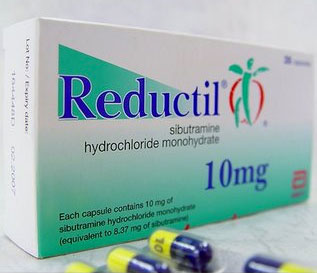 Reductil is/was a prescription diet pill. Its chemical name is Sibutramine Hydrochloride and it acts as an appetite suppressant on the body, preventing the user from over-eating.

Due to many claims that Reductil can increase the chances of quite severe side effects, such as heart attack or stroke, it is no longer prescribed or recommended by suppliers.

Originally developed by the pharmaceutical company Boots in the UK, Sibutramine was most recently made and sold by Abbot Laboratories before it was taken off the market in 2010.

The drug was prescribed for nearly 2 decades before being withdrawn in nearly every country, including USA, UK, European countries, Canada, Australia and many more.

How Does Reductil Work?

Sibutramine inhibits the re-uptake of norepinephrine (noradrenaline), serotonin and dopamine, essentially keeping them active in the brain for longer.

These neurotransmitters have been linked with feelings of satiety from food intake, meaning, they help you feel full and/or satisfied for longer.

On the outside, this has a similar appearance to many tricyclic anti-depressant drugs, although sibutramine has never shown much promise in this regard (and the side effects would make the point moot anyway). 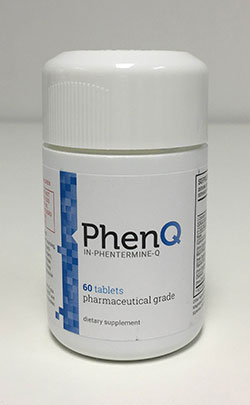 Prescription diet pills are viewed as being far more powerful than their supplement counterparts.

In some cases they might be stronger and more effective, but they generally come with nasty side effects as well, almost to the point where they are more of a hindrance than the condition they are designed to treat.

We recommend sticking with natural ingredient based supplements. They may take a little longer to work in some cases but you can continue using them long term without fear of side effects.

Also, these products are available without prescription to anybody, anywhere in the world.

Cardiovascular events have been shown to increase under the use of Sibutramine (Reductil).

There are many other potential negative effects, so it is best to summarize them:

The list goes on and on, but this is also the case with many prescription drugs still being used today. The difference is that the potential for cardiovascular side effects appeared to become realized too commonly for Reductil to stay in circulation.

As early as 2002, concerns regarding the safety and efficacy of Sibutramine were being voiced by NGOs such as Public Citizen.

A large study was carried out involving more than 10,000 patients and resulted in Sibutramine’s withdrawal from the market in 2010.

The current widely held belief is that the drug’s side effects are of greater risk than the negative health effects of the obesity it was intended to treat. 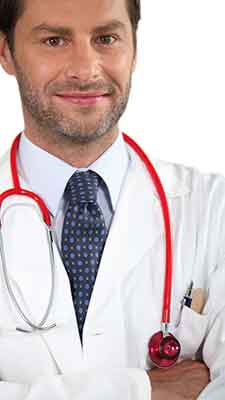 Sibutramine has turned up in several Chinese supplemental health products in different western countries since its withdrawal from the market.

Other incidences have involved weight loss pills which have contained the drug but not listed it on the ingredients.

It’s an unfortunate shadow over the supplement industry as a whole and isn’t the first – and likely not the last – instance.

To make sure you don’t purchase a counterfeit sibutramine product, or any other illicit counterfeit for that matter, it is always best to check that the product is manufactured in an inspected laboratory.

Any of the diet pills we recommend are tested regularly and are safe to use.

Many people think that prescription drugs are somehow more intrinsically safe than diet pills and weight loss supplements but after many years of research, we can quite confidently say that this isn’t the case.

Most supplement products are made with natural products, usually with more concentrated extracts, but thoroughly tested and understood nonetheless.

The pharmaceutical industry, on the other hand, design and manufacture synthetic drugs which tend to exist on the thin line between being less or more dangerous than the condition they are meant to treat.

Read any accompanying literature with prescription medication and you will find a long list of potential side effects, and in contrast usually only one positive effect.

While it is often the case that medication saves lives, and/or improves one’s quality of life, there is generally a portion of the users who have the opposite experience.

Without labouring the point, we advise everyday dieters and people who want to shift a few pounds to stick to products we (or another trustworthy site) recommend.

As already discussed, the products we recommend have an excellent safety profile while being as effective as many prescription drugs in the long term.

If you are looking to lose weight, these are the products to use.