There is a common misconception, especially among women who want to improve their body image, that losing fat comes about via a mixture of aerobic exercise and diet. This misguided belief system is why many people’s body composition goals will at best become stalled and at worst will actually reverse.

Many people who subscribe to the low and slow fat-burning aerobic zone workouts on the machines do so because they believe the heart rate charts are telling them to do just that. The skewed interpretation of the ‘fat-burning zone’ you can find on the treadmill, bike, elliptical and cross-trainer is that if we methodically plug away at what can only be described as a fairly easy effort level, we are burning fat in the most efficient way possible.

People do this almost without question, and for several hours a week. The only question they do ask is why they aren’t losing weight as quickly as they should. After all, they spend so much time in the fat-burning zone.

The Truth about the Fat-Burning Zone 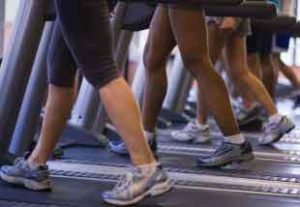 At that lower aerobic intensity, it’s true to say that a higher percentage of the total calories burned will be from fat. THIS is the reason the ‘fat-burning zone’ has become to be known as such. Remember that.

At higher intensities – i.e. cardio zone 3, 4 and 5 in increasing order – a bigger proportion of the energy, or calories burned, is sourced from carbohydrates. Fat is still burned, but at a lower percentage of total calories expended.

On face value, you might think the charts are correct after all and that I am talking nonsense – until we talk more about something I have mentioned in both of the above scenarios, and that is Total Calories burned. Training at higher intensity the total calorific expenditure is much higher. The higher the intensity, the more calories are burned.

Even though we use a lower proportion of calories from fat when we work out at higher intensity, the total is so much higher that the calories burned from fat are still greater in volume than when we train at the ‘aerobic fa-burning zone.’

Also, after an intense workout, you will continue to burn fat for longer because:
– your recovery period is longer, meaning your metabolism cycles down slower
– carbs that you may have stored in fat cells are stored in muscle cells as energy (glycogen) for the next hard workout
– muscle will repair and grow, burning fat as fuel for the process 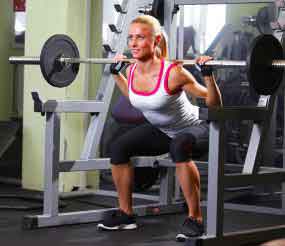 Edging away from cardio but keeping that intensity in mind, let’s talk about muscles. The people who go through the slow motions on the cardio machines might be shocked to discover they can burn fat by building muscle.

Think of your muscles as being engines that constantly need fuel to run or even stay idle (e.g. when you are asleep). The more powerful you make these engines (not necessarily much bigger), the more fuel they need to tick over.

I find the most important point to get across is that building muscle is as important as cardio. That’s not to say that the two are mutually exclusive, because they are not, but the first big mistake women make is to concentrate solely on losing weight, when they actually want to burn fat. If you think losing weight and burning fat are the same, then think about this: Muscle weighs more than fat in equal volume. Someone with a higher muscle ratio can weigh the same as someone much bigger who has more fat.

Women that lose a lot of weight through dieting may think they have been successful, but losing weight by sacrificing muscle as well as fat will not do much for body image.

Lose the scales and concentrate on getting in shape, and after a while your weight will be relatively meaningless. Building muscle will burn fat concomitantly, but even women that know this, still don’t do it. Why?

Let’s address the enormously overthought problem of looking too muscular: if you are concerned about bulking up or looking like an IFBB Pro female bodybuilder then rest assured; it’s not that easy. If you could become a ripped Amazonian warrioress from a few hours of lifting weights every week then we’d live in a world full of bodybuilders. 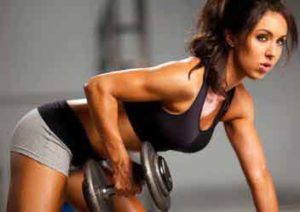 Building muscle does not have to result in the extremely muscular look. What a little resistance training does do is provide you with some additional muscle tissue which burns fat during the training process itself, the recovery period afterward, and the repair, regrowth and maintenance period in between.

The repair, regrowth and maintenance period is the most interesting of note because while you may think of calories burned during and just after the exercise session as the majority expended, it’s actually during the longer periods in between that muscle tissue really comes into its own from a fat-burning perspective.

Muscle requires more energy than adipose (fat) tissue to exist, so it will burn more calories from fat to do so. In the process of repair, regrowth and maintaining that muscle, the energy requirements are considerable.

Don’t forget to keep up the intensity when doing weights as well. There’s two aspects to this that I see people ignoring, and it costs them progress and the feel-good factor of seeing results on a weekly basis. The first is that they take too long to do their workout and they are nowhere near the effort level that yields real results. They go through the motions again, chatting away in between or just passing the time. A good, intense weights session shouldn’t have to last more than 40 minutes.

The second thing – especially with the ladies – is amount of weight. It’s one thing staying moderate with the actual load you are lifting in order not to build instead of tone but come on people!! Yanking down a bar that looks like it’s coming down by its own accord is not going to do much. Same with pressing or curling those tiny dumbbells that look like they would float away if you weren’t holding them. So, with that in mind: Push hard, and push more

NOTE: Obviously, seek some advice from the gym employees or someone who knows what they are doing so you can get the right weight for you. Progress won’t come without hard work. 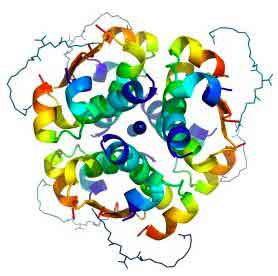 Here’s another bonus to resistance training; your insulin sensitivity increases. Why is this a good thing? Well, insulin is the main hormone which partitions nutrients you take on in your food. Sedentary people who do not exercise will store more of their macro nutrients in fat cells, which in turn makes the fat cells bigger, because their muscles have no real need for energy.

Lift weights regularly enough and your insulin starts to get the bigger picture. The muscles need fuel for the next time you do a similar workout, so instead of storing more fat, it stores carbohydrates in the form of glycogen in the muscles to be used as energy. The same rule applies for intensive cardio exercise as well.

Diet then becomes a subject of fuelling your body for workouts and nourishing it to remain strong. Cravings should be a thing of the past, replaced by nutrient-dense meals designed to keep you going.

It’s good to have recovery days away from the high intensity, but research shows that it’s more beneficial to do something than do nothing at all on those days. This is called active recovery, and the perfect exercise for active recovery is that low and slow aerobic ‘fat-burning zone’ we did in the old days. It keeps the blood pumping, the oxygen gets to the muscles we have used more in the previous days and it stops our joints from ceasing up and muscle soreness setting in.

If you get into working out in a big way, you might start to combine your cardio and weight training. Really, a high intense resistance session has a cardio element to it anyway, which is perfect.

However, if you want to do even more, the best way is to do your weights before the cardio; the reason being that you don’t want to blast through all your carbs before you get to the weights. Lifting weights without the energy is not too useful and can lead to injury. Doing the cardio afterwards may actually eat through more fat because you have depleted your carb levels during the strength portion. 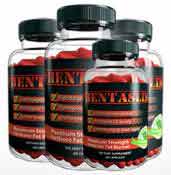 I’d advise supplementing with a carbohydrate drink if you are going for anything like a 90 minute session.

Finally, if you want to further your results, you could take a good fat-burner supplement with an energy boosting element to it as well. We look at the best products on the market and have reviewed them here. Follow the link below to view the best supplements we have found to give you an extra few hundred calorie edge.

Click here to view the best slimming pills we have found

A lot of women talk about weight loss and forget about being in shape. Your muscles don’t have to be huge to give you the body shape you are after, and you can start to think of your diet as a nutritional means to an end rather than a sacrifice. Working out at higher intensity and with varying parameters of exercise will burn fat, and build a stronger, firmer physique.