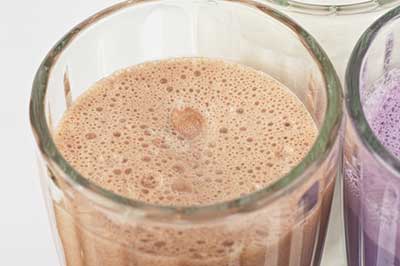 NOTE: This is a meal replacement smoothie. There will be other smoothies in this series which are designed to be in-between meal snacks or specifically for raising metabolism and burning fat.

This one, however, is enough calories to provide the energy to bridge the big gap and miss a meal, yet at the same time be less calories than a full meal.

This smoothie is a great way to get what you need from a meal but in a form that is more easily absorbed and less taxing to digest. After lunchtime at work is when the energy begins to tail off for many people, and sometimes it’s difficult enough to stay awake – especially if you work at a desk – let alone get any meaningful work done.

If you have slimming goals and are struggling to stay energized in the afternoon at work then smoothies might be the answer for you. 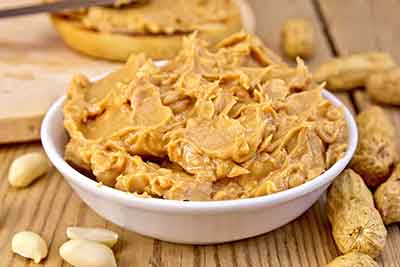 In the case of meal replacement smoothies, you have to go a little heavier on the calorie side of things because you need to bridge the gap between two main meals which would normally of course have lunch in between them.

So, a regular snack or nutritional smoothie might not cut it as they are in the range of 200 to 300 calories.

For an effective meal replacement, you are looking at 300 calories plus, and even sometimes in the ballpark of 500.

That’s where a lot of people make their first mistake with smoothies, and it’s a big mistake because it can make them give up the smoothie idea altogether, stating something along the lines of, “…they just weren’t filling me up, and I ended up eating something for lunch on top.”

It’s understandable that this would be frustrating, but that is definitely why the distinction between a meal smoothie and a ‘snack’ smoothie must be made. 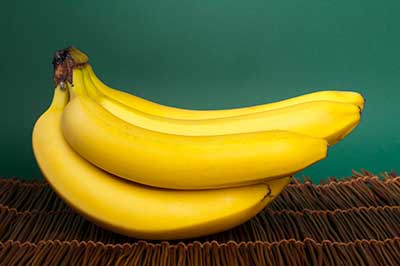 It’s named this because, well, this combination is a classic. You’ve heard of the peanut butter and banana sandwich surely.

This is the replacement, except without the heavy bread, and with a bunch of good stuff to boost your afternoon time energy.

This is also a good breakfast smoothie in case you were wondering. There’s nothing better than getting a liquid breakfast of about 500 calories to kick off the day. Metabolism started, energy in fluid form. Good job.

You can even use it to replace a dessert when you are really craving the bad stuff. It will tell your brain you are fulfilled and stop you diving in to that 2000 calorie tub of ice cream.

This is a fairly simple smoothie to start the smoothie series on this website and it’s easy to make with any decent blender and doesn’t require looking up ingredients or hunting down a spurious natural food store with outrageously priced ingredients!

…in this case, Freeze Your Bananas!

A lot of smoothie recipes will call for ice, which is fine – and also necessary – for many recipes. We want to keep them as dense as possible though, so whenever fruit is called for (which is a lot) it’s best to use frozen fruit to drop the temperature to a lovely fresh coolness. For the Peanut Banana smoothie here, we’re also trying to keep it as rich as possible and not dilute it down too much.

You could use regular soy milk or almond milk but the vanilla flavoured ones just make the whole thing taste creamier! 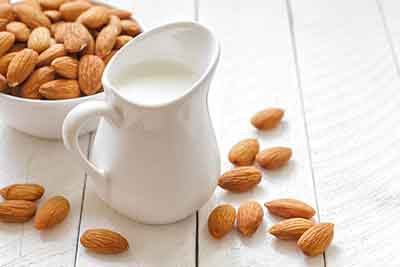 Don’t be afraid of the moderate fat content, they are healthy fats which are more easily metabolized than most. This smoothie is rich in Omega 3s and has a good Omega 6 balance also.

The macros, carbs, protein, fat are present at about a 6:2:2 ratio which is indicative of an energy providing meal. There is a good amount of fibre (up to 10g) and it is rich in Vitamin A, C and calcium.

Electrolyte potassium comes from the bananas and will help you stay hydrated.

At about 500 calories in total, it should see you through a good few hours.

The Peanut Butter Banana Classic is a meal replacement smoothie. The two meals best to do this for is breakfast or lunch. It can also be used as a post workout shake as it is high in all things good for muscle recovery and growth.

At a real pinch you might use it as a dessert when you are all but chomping at the bit for something sweet.

If you do this, try and limit the volume to more like 50% to 60% of what you make (and keep some for another time), so that you aren’t taking on too many calories for a dessert!

Used correctly as part of an otherwise calorie controlled diet and exercise program, this smoothie can be a valuable tool in your slimming arsenal.

Ready for the next one?